Ode to Thou Provost Lord

In light of the anniversary birthday of my best childhood friend, I was moved by her intellect and her passion for the written works of yesteryear. If she had lived, perhaps we could have been surprised together as I was looking for a Dore print on Ebay. I ran across the discovery of an old book found by the seller at an estate sale. Upon looking closely, I deduced that it was most likely a signed book by Alfred Lord Tennyson. The book was Elaine and in poor condition. It was up for bid and I just barely lost but the sale ended in less than 100.00 dollars. The pictures from the bid are here. 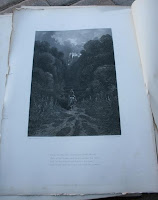 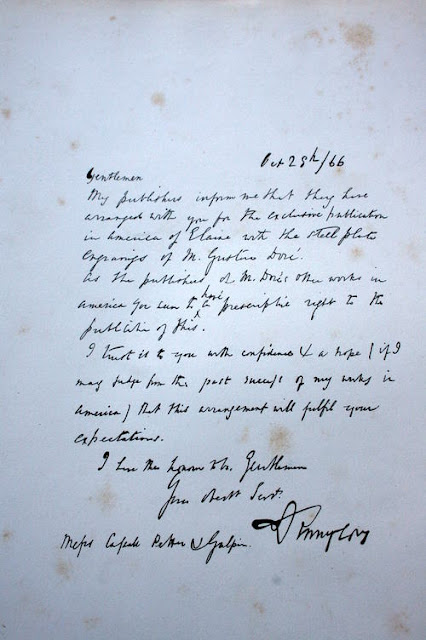 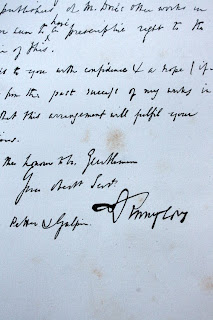 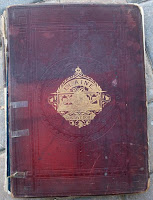 In this discovery and loss, I reached out to a local documents person who has a place known as the Karpeles Manuscript Library and he neither confirmed or denied it was indeed Tennyson plus he said it was in poor condition that he wasn't interested, even if I could track it down. Yet he guided me to Tennyson's work, Charge of the Light Brigade. In turn I found In Memoriam, which was an ode to a friend who he missed and lost. So I have attempted to revive that feeling with a poem. Tennyson's piece is most known for the lines at the end where he states, "Tis better to have loved and lost/Than never to have loved at all."

With the breadth of Tennyson, he would have enticed my friend to re familiarize herself with his work and she would have found a level of appreciation as I also have appreciated the genuine friendship and her fervor for literature. She is and always will be greatly missed. Friend in heaven, for you I write.

Ode to Thou Provost Lord

O’ ye, the heavens that hath holdest the strongest sun
Rest in thy sweetness of wine and reign just,
Isle rays in thy giant palms scoops, swoops down
Upon my brittle soliloquy, echoing down subconscious corridors.

And I, a feeble moot, surrounded by ‘ye just strength in jest
Conscious entities rise, like a halo enamored
By a sonorous note chiming high and light,
A sludge snail soiled upon Earth, smacks down dirt and dust.

Thy flecks of molecular tête-à-tête doth sound around,
Those familiar to find focus in focal inheritances
For  aye, rang thine battle cries of precedent and precepts,
Wane to wax thy vitality of animus and ardor while in psyches.

Formulas festering in fostered foundations, foremen forget
Upon I doorstep, the hand of fate fix I, infinite
Creaks in wooded footsteps marched in solid,
Durst guidance of broken silence, astride to the tide in totality.

O’ ye, vernacular wraiths expose thy truth in visceral cues by beautification,
Reminiscent and reticent in some form of a poet’s hand
Although scripted in motion, memoirs spoke devotion,
For in voice, a maiden’s name, O’ Lord thou’st revealed thyself once more.

O’ I messages shatters against thy silent remaining domain
As possibility became evidential and eventually,
In I, minor clichés of cranial ruptures and exposure,
Risking the rains of yesteryear, in showering shouts of a proverbial name.

Thy Baron of In Memoriam, hath toiled years of a stained heart,
Fluttered in a moment of amusement and astuteness
Shivering in excitement, I destined homeward for
O’ Lord send thy sonnet of metric intentions into premier ecstasy.

Thy past, persevereth ye and perverted back the dampened pestilence
As thy cast outh stones of sin, wandering in derision
Regression revert thy unto the stolid, in stance and stanzas
Former formal initiations, slipped slowly from aye swollen appendages.

Thou hast the holiest men, in fight and flight to pass by tests in time
Imagine the commoners’ common man rise above
Like a ghost, in folly of mind and effervescence
Revealing losses, yet not gone to clocked eras of eternal love.

Love of thy brethren and sisterhoods of the general populous
Remain in remnants, fervor for majestic portions, by and by
Ancestral lineages gather to gain momentum in ebb
For antiqued ages of books, thy rest reverent to names of God’s children.

A richer sun, a former label of a great Baron, sides against a young one.
Reaction of actions, foremost, by tenants in thy House of Lords.
The moon sits in sheer suspension, I’s Sun’s flame oxidates forever,
Amongst luminescent spirits, angelic approach glides galactic spans of seasonal cycles.

For summer set in 1892, as laid to rest in the West near the Abbey of Ministers.
Unbeknownst to wise wasted youth following
Foolish sight, stones thrown upon harpsichords
Thee yell, ”Ring in the alarm,” to them who dance with death unto dying suns.

Wilted wreaths of sorrow shed tears, bringing allowance for thy blind to see
A heart scarce of desire, dedicated in feres with friars
Form a formidable cohort, death rests in hugs of her wholeness.
Fleeting by, in memory, as her genetic seeds gains steadily in sweetness.

She liveth within her powers of love, amidst self-indulgent stenography
A homage to a cherished effigy, my dearly departed perfection
She never mired her generosity, so hath show no eulogy
Late, wait I, for special sincerity, perhaps friend, ye shineth intensity after all.

Heard notes of Earthly passions, perchance, a message teleports home for heart
Of a friend lost in leased love from innocent ages
The clamor of cherub friendships, she left behind an emerging sun.
Go faithfully unto thy raging night to follow the long fellows and ten in sons, I must follow her.

So might we meet by the lake in the sky, she shoaled I to find her mortal life,
Worlds of grandeur, creations of cognitions and cites,
As lucid Earthly dreams elate and evade erroneous twilight,
Shameful prelude miscued a master’s missed road frozen by frost, ye not lost.

For thaw settled by the ellipse of the richer sun, she daunts to run into sunshine
Slowed by the virtue of thy Son of Man, in a future fellowship,
In friendship, the infringement of fools fall to fashion love,
Hail ye vicar, first teacher of thy Golden Rule, latter substitutes remitted clerics of lyrics.

Genteel literate quintessential souls move stars, quiet wishes in flight of night.
Dissension of rebellious plight fodders darkness, whom
Wake the light of sun and moon, secluded in scheduled rules.
Verse and savant signs, all breathe in enticement to forgo in erstwhile.

I, planet, a little precept within a rose, fought to watch a struggle of bay trees,
Seeking to up root a hardened asteroid, lied in literal absconding
From a world of children’s sake, we float to Heaven’s Milky Way
Caught in the residue of planetary particles that gravitate to thy galaxy.

A lone beacon sounds against sin.
They revolted while in church,
as shame slathered on their swallowed gasp.
The lost congregated behind concrete gates
as the landscape scraped the slumbering
from remembering the antecedent
of deafening decadence, lies the lied.
An unplugged mind unwinds in solace.

Shuddering against sitting shoulders,
the stalls and slip of sorrow swing softly
like a noose in wait of the wind.
They yelled the name of the Lord
with the helping yelp of a flabbergasted
God as he rested and wore precedent.
Had extinction run concurrent to forgoe
the words of Holy verse, superseding sounds?

The converts converse in allegories by thought.
They sit upon books, with commiseration in
wholesome dignity, rendering underneath
beauty, hid hidden in suffering.  Revelations
bequeath them to sing song in psalms
of nonexistent churches, as pews of dew
reached them, early morning, with sunrays
emulating written works of the Creator.

T.E.A.R.S: Together Every Aptitude Reigns Serenely

Don't worry if sad, blue or shaken
albeit it is a part of Divine creation.
While misery smothers the whole,
it is merely a fraction of our existence.
The how and what we do determines our worth.

If lessons in shame, disgust and persecution
does not make us see that these dilemmas
in strife do not equate the dexterity of God,
then it is a uneven sum of  “just desserts”
as though the spirit did not deserve better.

That’s a common mistake that generates hate.
It holds a soul hostage while the
arduous and burdened are chained down.
Restfully, white light careens through the night,
guiding us from tragic thoughts while
resuming to Creation’s natural state.

These feelings rely on gut instinct,
as the body rests in ignorance
and the mind is in battle for a
glimpse or glimmer of the Holy Spirit.
Shedding our dull and sullen souls,
the light vibrates in harmonious tones.

If these events aren't apparent then
seek truth within artistic measures
for chromaticity needs definitive pigment.
Value from every very decision reticulates
the heart, the veins and the blood, like
past, present and future in time.

Our rising from sleep or resting our head,
where we go, what we do, who we see
and how we talk revises the glory
of possibilities, the gratitude of potential as
every action evokes appropriate reaction.

The result rests in synchronicity.
The purpose sits in-between centurion symmetry
with progressive propriety and
gentile stenography, for the ardent search
remembers that the coup de gras belongs
in the Heavens, under God, in the books of time.

While rectifying inappropriate and miscued behavior
and still assistant to the alleviation of another’s demise.
Christ hung on a cross for the forgiveness
of man’s sins, ill nature and destruction.
Resulting in a kingdom before the Almighty,
who rules the universe with kindness, generosity,
elegance and ever endearing love.

For those residing in a realm of uncertainty
the good Lord will push forward with strength.
Attribution and victory within our subtle manners
will attract others as we wonder
what lies ahead in the glory of God.
The peaces of pasts arise in a Kingdom.

The black and white, good versus evil makes it
a test of substance, faith and solidified beliefs
in religions, mankind and the well being
of an interstellar planet as shared minds
and intellect bear witness to those
who still climb the intermittent steps to Heaven.

For the meek shall inherit the Earth.
So shall we shed and share tears
because the pain delivers us from evil.
The deflection of affliction allows
the impious to flee damnation.

Tears are not tears in the soul
but cleansing compassion for enrichment.
As the same waters born from Heaven
gathers and pools together, the shimmer
of light is like a prism in the sun.

Posted by Freed Im Fighting at 5:20 PM No comments: 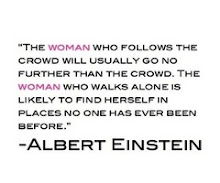